PlayRights Magazine is a privilege of membership in IPA. It was published annually in 2013 – 2015. The magazine will return to a twice a year schedule in 2016.

Potential contributors should contact the Editor: Cynthia Gentry at communications@ipaworld.org. 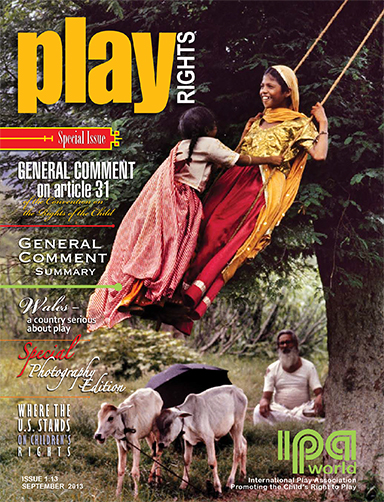 Click on the image to download the article, “ The Elephant in the Playroom: The U.S. Government’s Role in Advancing Children’s Rights”, by Jonathan Todres.